Look out, bitches, this is my year

2012 better watch its back. I AM NOT FUCKING AROUND ANYMORE.

Because I am the worst at following through on things [remember when I was going to work on my novel? Or memoir? Or sew up the tear in my sweater? Can you guess how many of those things got finished in 2011? ZERO. NUMBER ZERO OF THEM GOT FINISHED.], and because I am trying to be kinder to myself [You know, just to see how that would work out. I can always go back to beating myself up later if I want. I'm really, really good at that.  That time in elementary school where I lost $5 of lunch money for the week? STILL KICKING MYSELF.], I've decided to figure out a better way to be better in 2012. Especially since it may be the end of our planet, if the Mayans and that creepy old doomsday Rapture guy are right [is that guy still alive?], and no one wants to go out a loser.

So here is how I'm going to be better/kinder to myself:

I'm going to write more for myself.  I love that I'm getting paying gigs for freelance writing - I just sometimes all the time miss writing something for me and for my goals [of being Queen of All Things] [and a writer with a Stephen King level of fame and fortune and a JD Salinger level of reclusiveness].

And I want to remind myself that just because someone else is attaining success does not mean that 1. I should hate them or 2. There is no success left for me.

Instead of getting pissed off when the scale starts creeping upward EVEN THOUGH I'VE NOT HAD ANY CARAMEL CORN IN TWO WHOLE DAYS, I'll just start laughing. Though the laughter may have a manic quality to it, I'm still counting it as laughter, which is not only the best medicine, like a nice buzzy diet pill, but also puts me in a better mood, like a nice buzzy diet pill.

Instead of getting angry at myself for not completing a project on a self-imposed deadline, I'll remind myself that I've actually gotten other stuff done and there are only so many hours in the day [there are fewer hours than that, even, once you factor in all the episodes of Psych I'll be watching back-to-back-to-back. What?!], and putting something off for another week is not the end of the world, and instead, may be more realistic.

I'll also work on being healthier.  Sure, I'd love to fit into my smoking hot mini-skirts and tank tops from yesteryear, but not only would they be highly inappropriate in my current workplace [which is not a brothel or a rap music video], but I also have moved on from wearing a black tank top and black skirt to define my style. O.k., we both know that is a lie and that would be my uniform except that people would start to notice and think I was trying to be Morticia Addams, so . . . what the fuck am I talking about? Oh, be healthier.  I want, for no reason whatsoever, to be able to run full-out down the street like I did when I was a kid and not end up with cardiac arrest.  [This would actually be a bonus if I were chased by an axe-wielding maniac, but that's not my primary reason.]  My cousin is going to run a half-marathon in April and is trying to convince me to . . . walk a 5K.  That's like 500 feet, right?  I can do that.  Ish.

What are your hopes and dreams for what may be our last year as Mayans?
Posted by Suniverse at 9:00 AM 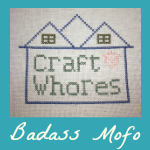